IMPACT Wrestling had their television tapings here over the weekend and featured several of the west coasts top stars like Best of the West and FSW Heavyweight King "The Ultimate Finesser" Chris Bey, FSW No Limits Champ Damian Drake, and PCW ULTRA UltraLight Champion "Superstar" Jake Atlas. The Superstar is on the fast track. He had a WWE tryout in December and time on IMPACT just shows you that folks are taking notice of the SoCal Champion. 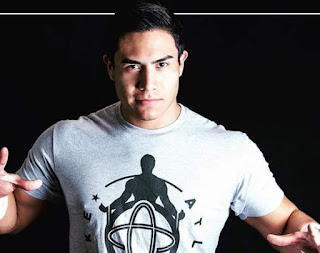 I spoke to FSW Owner Joe DeFalco before the opening bell Sunday night and he raved about his FSW Champion. The young star from Virginia gets better the brighter the lights get. He's really been a pleasure to watch. I've said this before about Bey, but his ability to compete evenly with guys much larger than him is going to be the key to his long term success.

Las Vegas' Damian Drake was in action Sunday night after earning the spot during the weekend tryout and came out to a thunderous ovation. What was great to see is a large group of FSW stars standing with his Dad to watch the New Age Daredevil compete. Drake has started to gain muscle mass and strength which is going to help in his development over the next few years.

I was really surprised not to see One Percent this weekend. They've competed in IMPACT previously and with all the buzz around it seemed like a no-brainer. Asked around and nobody had any answers.

With the recent signings of Brody King by ROH, WARBEAST and Hammerstone by MLW the west coast is no longer the red-headed stepchild of Indie Wrestling. The big companies are taking notice of the talent west of the Rockies.
at February 18, 2019