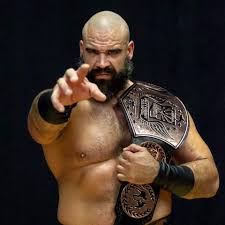 The "Hell Hound” Gabriel Gallo hasn’t won since he returned to Future Stars of Wrestling (FSW) this year and Sunday night he will compete in the Nick Bockwinkel Memorial Battle Royal along with five other wrestlers looking for another marquee win, one looking for any win, and three looking for a statement win.
The Arizona Legend and seemingly every wrestler from the Copper State’s trainer has aided former 602 day FSW Champion Hammerstone in two losing efforts against Sefa Fatu. Gallo challenged for the Nevada State Title and was beaten by “The Problem” then ate the pin in a tag Match (vs Sefa and Graves) when he paired with your boy Hammer a few weeks later at the FSW Arena. His size, strength, and power make him an obvious favorite in this type of match. Gallo will be tough to eliminate and there will likely be few he can’t dispose of by himself.

Santana Jackson teamed with Joey Ryan at Beers and Bodyslams 7 Thursday night and the team picked up the win when the “King of Dong Style” pinned Disco Inferno. Jackson is the star of "MJ LIVE" and has competed throughout Las Vegas even teaming with fellow Battle Royal participant Dave “Pain Train” Mazany, but there are no friends when the bell rings.

We’ve chronicled Suede Thompson’s FSW woes in 2019 and by his count, it’s at 14 consecutive losses. Regardless of that Suede is still one of the favorites to win this no matter who might end up in it. He’s been a Finalist at two Against All Odds Rumble’s and this might be the perfect set-up for Thompson to quiet the Curt Hawkins whispers. 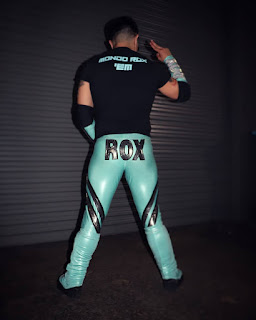 Shaggy McLovin has won Gold in Las Vegas but is still looking to make his mark in FSW, but it certainly without trying. Shaggy’s played second chair to Ice and watched the fellow top prospect compete in the Limitless Tournament and the No Limits Cage Scramble instead of him. What we know is that Shaggy is talented and that was on display Thursday Night in arguably Match of the Night against FSW Champion Chris Bey.
Mondo Rox did qualify for the Limitless Tournament and had a quality outing against No Limits Damian Drake. This young man loves the spotlight and this may be the biggest in his career. A win here could initiate talk of a rematch with Drake, not to mention Bugatti or Romero should either of them win Sunday. Rox held his own against the Champion in April and would go into another No Limits Title match with tons of confidence should he win the Battle Royal.
Champion

Hero Lu has only been back a couple months and has already faced Shogun Jones and Hammerstone. Despite those losses you can see the talent which was on display when he defeated Fresco-Matic  June 1st. Lu combines power, speed, and athleticism into a wrestler who could be challenging for an FSW Title sooner than later.