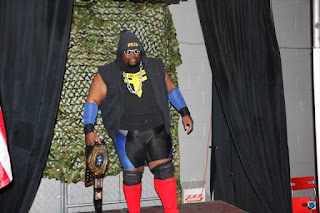 BVW Champion Frank The Tank’s family in an effort to return his deceased mother in law Sheila Olive home to Kentucky. The card takes place at the home of BVW since Day One the Sahara Event Center. BELL TIE 2PM. It will be an emotional night for everyone as BVW reaches out to help one of their own. Lots of questions to answer as BVW heads into the second half of 2019 and the Heavyweight Title will be on the line in the Main Event.

BVW Heavyweight Championship – Frank The Tank vs Sean Black –Great Champions compete regardless of the situation and 300-day BVW Champ Frank The Tank wrestles with a heavy heart Sunday against Sean Black. The great athletes say during times of tragedy that once the bell rings they forget everything that’s going on around them and focus. Frank will be in that situation on Sunday. For 10 months he’s had a stranglehold on the Championship and Sean Black is a nice guy but this is business, and he wants to be Big Valley Champion. We know where Frank’s heart will be on Sunday and unfortunately for Sean the rest of him will be in the ring and is a force to reckon with.

Exceptional and Tenacious vs. Sky High (Mondo Rox and Robbie Lit)- The winner has to have dibs on a Tag Team Title Match right? These two teams do not like each other and the tensions will be high for both at the Sahara Event Center with so much on the line. Robbie Lit returned from injury to a giant pop and pairs with his brother again in pursuit of Gold. Will the former Champs get back to their winning ways and regain the BVW Tag Team Titles? They have to beat Sky High first.

Primo Pulpo the Manager of BVW Tag Champions Fresco-Dinero (Mondo Dinero & Fresco Mattic) took to Twitter saying the Champs will be “ready to defend” against whoever comes out of the E&T-Sky High matchup Sunday afternoon. Fresco-Dinero Cut the Check on The Ballards two weeks ago and Pulpo has them rounding into form as they begin the second half of 2019 as Champs. Pulpo isn’t the only Big Valley Head Coach busy right now. With the collection of quality managing in BVW like Pulpo and Toom E. Gucci around Bobby Bemer is constantly fine-tuning his Dealership this time adding Congo Crush to the fold. Bemer says he went on “safari after safari” to return with Crush. The Monster from parts unknown has been recruited by Bemer to take hold of the Big Valley Heavyweight Division. He’s a throwback to Kamala the Ugandan Giant and Abdullah The Butcher so we’ll see if the Dealership Boss can guarantee he can keep his “new discovery” under control. If he can, then Crush is a legitimate threat to either Frank or the new 2X Las Vegas Champion. 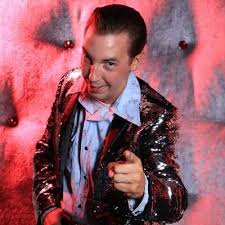 Kevin Ducqets ruined the Sucka Free Parade by regaining the Las Vegas Gold and defeating Leon Hater. As Ducqets goes into the Second half of the year he’s certainly in the conversation for BVW Wrestler of the Year and is more confident than ever after once again beating his nemesis. He proved his loss at the Gold Coast was an aberration and now looks to stamp his name among the great Champions in Big Valley history. What’s next for the New/Old Las Vegas Kingpin?

The second half of the Big Valley year begins Sunday!

From Facebook: "Shelia Olive was an incredible person. Anyone who knew her knows she was an angel here on earth. She was kind, loving, sweet, funny, and just the best person to get to know. She was very easy to get along with and was just an awesome person to know. She transitioned from this life to eternity on 6/26/2019. When we contacted her life insurance company, we were informed that her policy lapsed late last year. We now reside in Nevada and need help getting her home to Kentucky to rest with her mother and sister. If you have it in your heart, please help us by donating whatever you can. We appreciate any help. If you can't donate, please share, and ask others. Everyone deserves to be laid to rest. Please assist Shelia in being able to do so. We thank you in advance.
The family of Shelia Olive."
R.I.P Shelia Olive
From Big Valley Wrestling: Shelia Olive was the mother in law of BVW Heavyweight Champion and Co-head trainer of the BVW Training Academy, Frank The Tank. We here at Big Valley like to help our wrestlers in times of need because the bond of wrestling does not stop after you've left the ring. It continues, because we are family, and Frank's family is like our extended family! His family is in need of financial support for the extensive expenses of Shelia's funeral. On July 14th, we're going to present a special fundraising wrestling event where the proceeds will be donated to helping The Family of Shelia Olive.
Donations will be accepted at the event as well.