Cut Throat Cody is back and says - "I'm not a Nostalgia act." 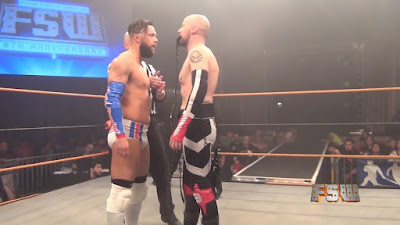 Thursday, June 13th was a typically warm summer night in Las Vegas and the Future Stars of Wrestling (FSW) throng below the Nerd Bar had just watched the Bonus Boyz (Clutch and Sugar Brown) pick up a Tag Team Scramble win when out of the crowd came Cut Throat Cody. CTC delivered a picture-perfect Cutter on Sugar Brown and the place went crazy. He sprinted through the back and out of sight that evening, but it was just a new beginning.
At the FSW 8th Anniversary Cut Throat Cody defended his No Limits Title against Suede Thompson at Sam’s Town Live. He lost a great match, but dropping the strap wasn’t the worst part. He had a torn rotator cuff and what he didn’t know was the injury would lead him to an ill-fated European adventure, early retirement, and a new drive to pursue what he wanted all along.
“When I got injured I was left in a very bad place financially. I was presented an opportunity to get work on a series of Magic shows for Costa which is a European cruise line.” Magic wasn’t any kind of unrealized life goal for CTC, but became more of a necessity, “There was a summer that I got a magic kit. My friends and I played with it a lot. But eventually, put it down after getting bored with it. Magic is something to be good at takes a lifetime of dedication and practice to perfect. My heart was always with Wrestling. I respect magic immensely, and I have many friends that have helped me in order to get me ready for the job. The only reason I stepped into that world was out of need due to my injury, and while I was learning what was needed it seemed like it would be possible to pull off. But it would never compare to what Wrestling was to me.”
Cut Throat Cody has been a wrestling fan since he was a child “My very first memory of Wrestling was a Big Boss Man promo on Saturday Nights Main Event. But it wasn't until WCW Capital Combat that I became hooked.” He continued, “I was a HUGE Robocop fan, my Mom's boyfriend at 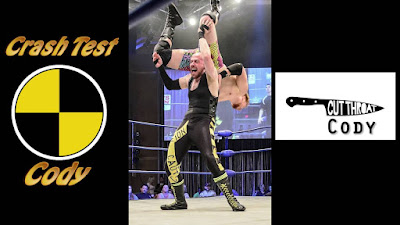 the time knew this and ordered that PPV. Watching it back it really was one of the worst angles ever. But at 5 years old I was enamored. Sting remained a favorite of mine for years. After that, as I got older I became a fan of Mankind and the Undertaker. That was one of my favorite feuds in Wrestling. Once I got into my teenage years I started learning about ECW, then I really started finding out about Puroresu and Hayabusa is still to this day one of my absolute favorites.”

Not only was CTC a fan of Mankind as a grappler, but also for his wisdom and stories, “Have a Nice Day from Mick Foley I think was one of if not the most important books on Wrestling ever written. Pure Dynamite (Dynamite Kid of British Bulldogs) was eye-opening as well,” Any particular passage move you? “The opening of Foley's first book with the story about how he lost his ear was enough to hook me in for the rest.” Although the his interest in stories and characters wasn’t confined to the squared circle, “I was a big comic book kid, so any reading was typically done with the intention to follow along with what was in store for the X-Men going against Magneto. I was a big Marvel fan, but anything Alan Moore (Watchmen author) touched was gold, also I'm a big Todd McFarlane fan.” Cody even managed to incorporate his love of Comics into his wrestling attire, “For a fun fact the Watchmen logo was always incorporated into my Crash Test Cody gear. Also, my Cut Throat gear was inspired by Spawn.”
Last year he challenged Nick Bugatti in what was billed as a retirement match. He explains, “Before the match with Bugatti I had been out for close to 12 months as well after tearing my rotator cuff in a losing effort against Suede Thompson for the FSW No Limits Championship. I was currently learning the shows, and I had signed my (cruise line) contract a few days before the match.”
It’s funny how what you think is the plan ends up being far from it, “I was working with my Girlfriend at the time and unfortunately due to things far beyond our control we were both let go from our contracts. Once we got home things unraveled further and we had to part ways. Which looking back on was the best thing to happen for me, as my heart was absolutely not 100% committed to being a Magician's Assistant on a cruise line. At the end of the day, I am and will always be a Professional Wrestler. Not to say I didn't give my all, and I did intend of staying away from Wrestling for good. But if you believe in the saying "Everything happens for a reason." That would probably help with putting the frame on what would come to be for me.” 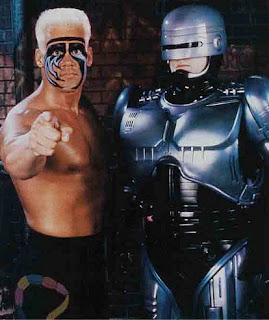 There was no doubt what he would do upon his arrival, “When I was on the ship all I would do was watch Wrestling videos I brought on a hard drive with me. So my mind was always still on it. The first day I got back home I went to the FSW training facility. It took about 2 months after that before I started fully training for the return.” That June Summer night wasn’t business as usual for the FSW Star, “At Beers and Bodyslams I was concerned that people wouldn't remember me. I had been gone for about year from FSW, so my nerves were kinda wrecked. After I hit the Cutter and bailed I felt a little more satisfied, but not completely.”
He was booked for FSW10 with Bryce Harrison and Jakob Austin Young as The Following facing Hater Nation (Leon Hater, Legacy, and Sugar Brown). However, there would be no Harrison, so CTC and Jay Café would stand atop the ramp themselves, and described his emotions, “At that point, everything was so chaotic backstage that by the time The Following's music hit things actually started to come together. My overall fear of not being remembered was vanquished for sure. Even though we were down a man with Bryce Harrison not being there I knew from the reaction alone that we would be able to pull the match off.” The Following easily got the biggest pop that night and may have had the most merch in the SOLD OUT crowd. Weeks later the emotions are there, “I'm still humbled by it all,” he said, “It's a nice feeling to know that JAY (Jakob Austin Young) and I were still capable of getting a strong reaction.”
Cut Throat made his long-awaited return to the FSW Arena this weekend saying, “Saturday played out a bit more calm for me, my nerves we only sparked by knowing that we were stepping in with the R.M.B. Sugar and Clutch are hands down one of the longest standing Tag Teams in FSW. Their body of work has only grown since coming back from China with OWE.” Despite the raucous approval from the FSW fans, there was little doubt how the Boyz would feel,  “Also I stirred the hornets’ nest by dropping Sugar at Beers and Bodyslams, so I knew they both would have something to prove that night. The hatchet is buried between us now, I have nothing but respect for Sugar and Clutch. We only had the chance to face off against each other once before. So to be able to do it again was a great feeling.”
What’s next for Cut Throat Cody? “Of course, right now as far as the local scene goes I am exclusive to FSW. But out of state, I have started working for Cactus League Wrestling based out of Arizona. Which is an awesome promotion that brings in former WWE stars such as Chris Masters and even rising names like (AEW)Darby Allin. They are working closely with a lot of the Vegas guys so to see them grow is exciting. I'll be on their next show on August 4th. I'll be opening myself up for other outside bookings in the next coming months.” We discussed Arizona’s legendary team Keepers of the Faith, “KOTF is amazing, fun fact ahead. I actually filled in for  Gabriel Gallo with Dom during a show for PHX. A now-defunct promotion in AZ. I had a blast teaming with Dom Vitalli. I was hoping it would lead to something down the road. But due to health issues, Greg DeMarco had to step away from the company.”
CTC is also a trainer and has been since 2014, and his list of students is impressive such as IMPACTWrestling’s Killer Kross, Nick Bugatti, Chris Bey, Damian Drake, Sandra Moone, and many others. One thing is clear for Cody. Despite having won Cash in the Case, No Limits Title and Tag Gold the end is far from near and his immediate goals are clear, “As far as what I want to achieve, I think right now the most important thing is to show I'm not a nostalgia act. At 34 years old I can still go with the best of them.”