Did Remy Marcel Dig into No Limits Title Shot? 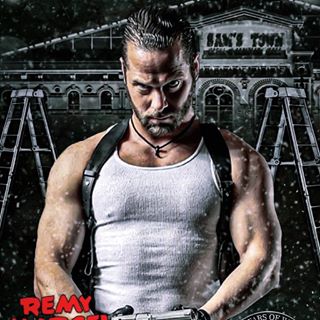 Whether he’s a beatnik, a badass, a Gentleman, or a Legend Remy Marcel has had a Future Stars of Wrestling (FSW) career anyone would envy and despite potential misgivings from FSW Boss Joe DeFalco is a first-ballot FSW Hall of Famer. His FSW Championship resume is better than nearly anyone else on the roster and was the first No Limits Champion, FSW Heavyweight Champ, and Tag Team Champ (w/Jack Manley as The Whirlwind Gentleman). You didn’t forget the “Bro with the Fro” did you? Guess who else has been No Limits, FSW Heavyweight and multi-time Tag Champion? *whispering - Chris Bey. Ya, that Chris Bey. The one who’s turned the FSW Arena into “Bey’s House.” Bottom Line: Remy Marcel is pretty good.
Remy’s been a fixture in Las Vegas since 2010 when he became the very first No Limits Title in a Ladder Match in August. He held that belt for more than a year until Legacy ended his reign in August 371 days later. Then in 2013 after his brief FSW Title reign, Marcel teamed with the aforementioned Manley to win the first of three FSW Tag Titles. The Whirlwind Gentlemen have been one of the Top Teams in FSW virtually since their inception, and have been in the ring against the likes of Reno Scum (Adam Thornstowe & Luster the Legend), Bonus Boyz (Clutch & Sugar Brown), One Percent (Royce Isaacs & Jorel Nelson), and The Following. The Gents returned from China in 2018 and lost their last FSW Title shot against One Percent in December. 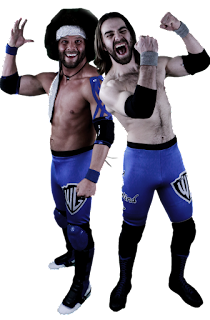 Then on May 11th, Marcel returned to FSW as “The New York Legend,” without Manley, and with semi-slimy, yet successful Manager Sal E. and prior to last night had done his talking by winning matches. The attitude and the look may be different, but the results were the same. Although he may have dug himself a hole or into a Title shot depending on how FSW Officials look at his unusual landscaping skills yesterday evening. Marcel came to the ring with a shovel and knocked out Damian Drake and Ice Williams during their No Limits Title match at the FSW Arena. DeFalco went on Facebook last night and was none too pleased with the shovel wielding grappler’s actions saying “Remy Marcel ruined everything” ending a terrific No Limits Title bout. There has been some displeasure between both parties (DeFalco & Marcel) so we can only speculate how it may turn out. If we know Drake and Ice they’ve already reached out to the FSW Boss, not for suspension but a match against Marcel. Damian Drake has to feel like he’s been here before. He just got done dealing with Nick Bugatti and Greg Romero with the chair shots and now this. What about Ice Williams? He gets his Title shot and... Maybe Remy didn’t believe he’d get a shot at Gold so he decided to take matters into his own hands albeit a smidge aggressive. With the next Arena show just two weeks away it’s possible we’ll find the "New York Legend" across the ring from one of the two guys he took out.
Now we know where Marcel and Sal E’s focus lies, that much is clear. The cheers he was getting may come to an end since he beat down two of the most popular folks in Las Vegas and that may well have been the point. Marcel’s Championship pedigree would be enough to keep me up at night if I’m Drake or Ice, and throw Sal into the mix (see Mondo Roxx) and we could have a new No Limits Champ.