Is Jon Moxley a Long Term Option for FSW? 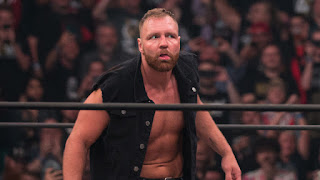 Las Vegas is hopefully breathing again from back to back Earthquakes Thursday and Friday, Jon Moxley’s arrival last night in Future Stars of Wrestling (FSW) to face Killer Kross, and finding out my Mom was a hero putting a fire out in her neighbor’s yard I’d say it’s been one of the wackiest July 4th weekends in my memory. Now that we’ve MAYBE settled a smidge let’s look into the possibilities with the former Dean Ambrose.
It’s safe to predict the next time we see Kross and Mox will be at MECCA V September 29th and if that happens it’s also safe to predict another Sam’s Town Live sell-out. I’m not sure how far Moxley is booked, so we don’t know yet if Survival of the Fittest August 17th is out of the question although it wouldn’t be against The Tollman. I can certainly think of some matches.
What’s most encouraging is that the inevitable match with The Killer doesn’t have to be his last one in FSW. AEW Owner Tony Khan said this following Moxley signing with AEW in relation to competing in the Indies: From Wrestlinginc.com  "He is a multi-year contract, he will be on a full-time deal," Khan confirmed. "When we go weekly, he's going to be full-time. Same as some of the guys, especially when the schedule is light, I'm open to him working some international and indie dates. He is full-time with us, domestically, essentially he's our guy. Yeah, he's going to do some international and indie stuff, but he's definitely an AEW full-time wrestler.”
So according to Khan, Moxley would still be able to compete with FSW even after he’s exclusive and AEW begins weekly television on TNT in October on Friday nights. Prior to his injury Mox was an Iron Man who never missed dates and he may pursue another busy schedule. He told TMZ “I feel like I’m 18 again,” before his return to the Indie scene in June, and his victory in New Japan Pro Wrestling (NJPW) over Juice Williams winning the IWGP US Title. The fact he lives in Las Vegas may give FSW the upper hand with bookings, and there is plenty of talent here that would keep him busy. I spoke to our AEW reporter with Last Word on Pro Wrestling about his deal and she surmised that “as long as he isn’t on TV it should be fine.”
However, we will see how flexible his schedule really is once the TV gets hot for All Elite and whether he will be allowed to remain active on the Indie scene. He has a one year opt out in his 3-year deal, so if Indies is that important to Jon, and clearly they are, then having that poison pill in the legal paperwork gives him the leverage to continue that freedom. No matter what happens it’s great to see FSW get the praise and attention it deserves as arguably the top promotion out west. They made a major statement as a company last night and the partnership with Super Heel Promotions certainly looks to be fruitful so far.