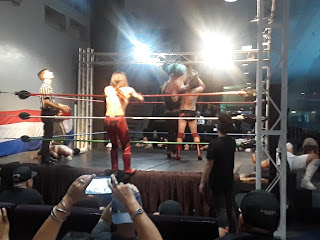 Exceptional and Tenacious (Alexander Braven & Ricky Tenacious) hadnt been Champions for one minute before all hell broke loose at the #saharaeventcenter Sunday. By now youve heard about the second attack by Jody the Wrestler and Jace Battle on E & T right in the middle of a stunning acapela rendition of "We are the Champions." However, that wasnt the only news to come out of Tricks, Treats, and Turmoil. 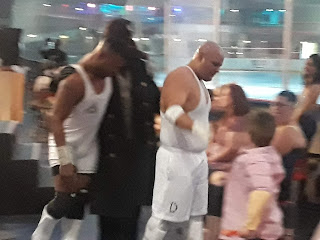 The news that dropped moments after the smoke cleared was that former 252 day Champions Fresco-Dinero were no more. Fresco-Mattic is going it alone. Sources told us that Primo Pulpo is still managing Fresco and that is certainly good news for him. Those two have great chemistry and their recent success in BVW should continue.
Lose one set of Tag Champs and maybe gain another? The Sour Boys joined forces with Santana Jackson and picked up a thrilling Six-Man victory. The Boys have won Tag Gold in Vegas before so if on the roster theyre a major threat. 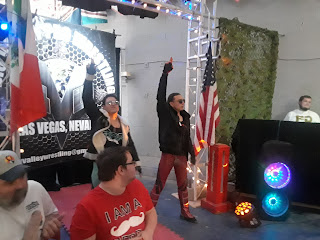 Sky High (Mondo Rox & Robbie Lit) had a brutal loss Sunday and its certainly going to sting, but there is no reason to believe the brothers wont be back with another major aerial assault soon. They are a talented young team and its hard to imagine a future that doesnt include them becoming Tag Team champions by the end of this year or 2020.